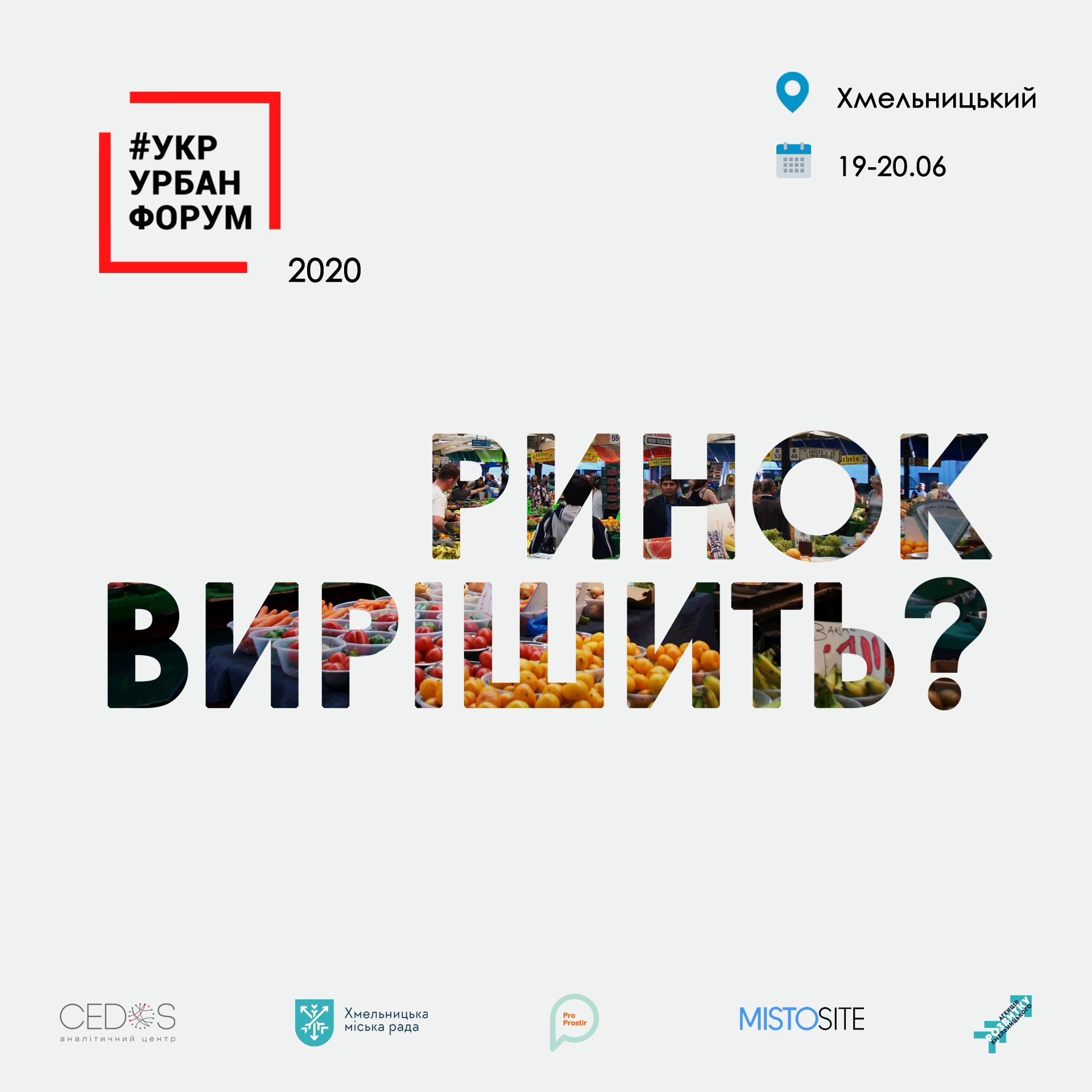 Meet the first Ukrainian Urban Forum of the new decade, which is to be in Khmelnitsky on 19-20 June.

"Is the market any help?" is the question we're going to answer on this year's event. We offer urbanists to talk about urban development in a market economy. In particular, the social, political and economic processes behind the daily problems of typical Ukrainian cities. Why does public transport system not work and why are hotels being built on-site community movie theaters. Why build another mall instead of a square and why the architectural heritage is declining.

Khmelnitsky is a regional center with a population of about 300 thousand people. There are many cities like Khmelnitsky in Ukraine. We want to understand how cities like that function and develop. The theme of the event is also a reference to one of the largest markets in Ukraine, located in Khmelnitsky, which is a major contributor to the city budget. That is why this year's forum will explore the market as a public space and a place of employment for people.

Mark 19-20 June in your calendar and come to Khmelnitsky to think about whether the “market is going to solve” all the city problems.