How to imagine a city that belongs to its citizens? International Cross-Sectoral Networking 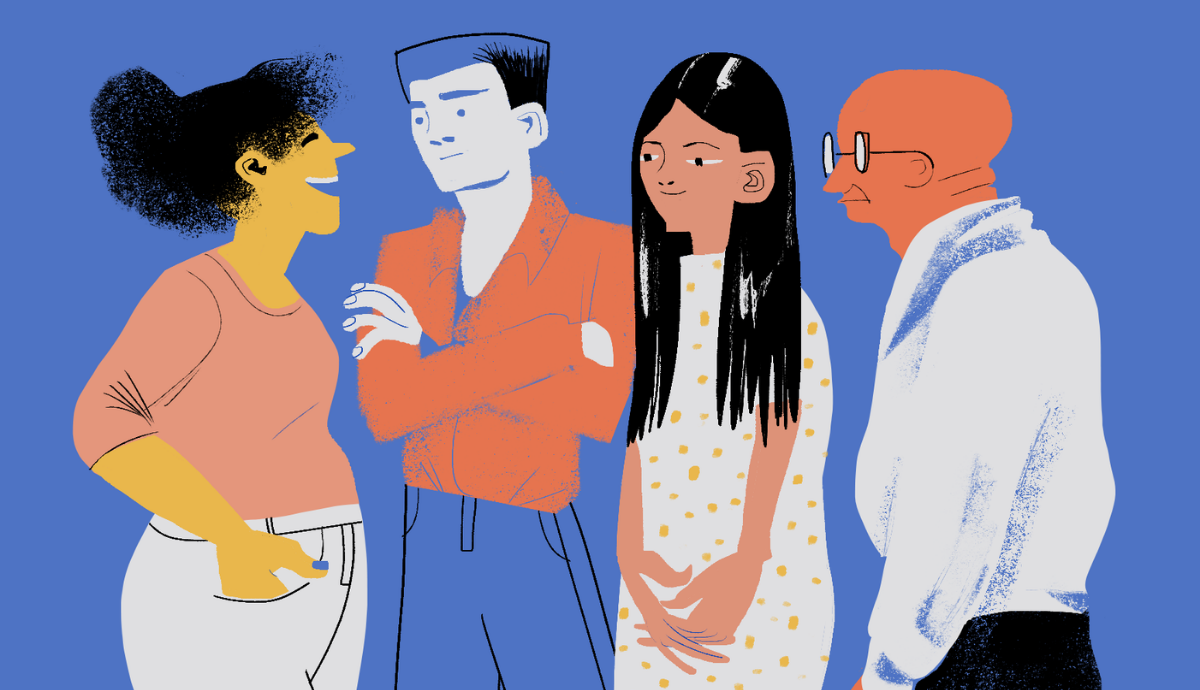 People are the main driving force of urban development. In cities and regions of Ukraine, Belarus, Germany, France, and Poland, local development issues may be different but it is active citizens who make cities more open and just places to live.

Being a part of a series of public events dedicated to various aspects of local development, this networking event will bring together actors from civil society, public administration, cultural sphere, and academia from Ukraine, Belarus, Germany, France, and Poland to reflect and exchange experience on particular topics.

Anything missing? You can come up with your own questions to discuss during the event in the registration form as well.

You can discuss those questions in groups, exchange your opinions and perspectives, and get connected with those who attend the event.

To participate please register at this link: bit.ly/networking_city. The deadline for registration is June 16, 18:00. You will receive all the access instructions before the event.

The event will be held online in English.

“Ukraine Calling. Cross-Sectoral Capacity Building” is funded by the German Foreign Office within the program of Civil Society Cooperation.

The event was aimed at exchanging experience and establishing partnerships with organizations and activists from various countries in order to reveal problems associated with the integration and exclusion of local communities, as well as to provide international context to Ukrainian discussions.

Nata Yeromenko, facilitator from Berlin, culture manager and blogger. Since 2016, Nata has worked as a trainer and facilitator at the Different Education NGO in the field of public history, critical thinking, personal resilience and community building.

The participants shared their experiences and discussed topics related to the city, justice and openness.

The participants associated the event’s topic, a city that belongs to its residents, with concepts such as “open,” “smart,” “fair,” “participatory,” “right to the city,” “beautiful,” “energetic,” “inclusive urban planning,” “digitized,” “equal,” “commons,” “free.”

The following questions were key during the event:

The first round of discussion was about the inclusivity of local cultural infrastructure. The round’s participants talked about the opportunities and mechanisms of inclusion into local communities and exclusion from them, about their atomization.

During the second round, the participants talked about the way transnational perspectives help us deal with local challenges. They also shared their thoughts and expectations about the formats of interaction which they would like to try during international intersectoral collaboration.

Maria Hryshchenko, a participant from the Urban Studies Center, spoke about her experience of transforming municipal Kyiv libraries into public spaces. These spaces are centers of intense public activity, inclusion and networking. According to the participant, cultural infrastructure can be a basis for the process of community development.

Stefan Henkel, a participant from Berlin/Frankfurt an der Oder and a representative of the University Viadrina, shared his experience of organizing participatory public events which are inclusive for various stakeholders. This means involving all kinds of institutions in events: universities, cultural institutions (such as the State Contemporary Art Museum). The involvement of international participants and organizations creates an opportunity for international perspectives, adding new issues and specifying the topic of the event, narrowing it down; this also helps facilitate broader interaction with the public.

Saskia Heller from Frankfurt an der Oder, a representative of the Center for Liberal Modernity, works to popularize relevant Ukrainian issues in Germany. She writes about political issues in Ukraine and organizes public discussions focusing on Crimea and the Holodomor. This work is an example of spreading information and raising awareness of national communities within communities of a different predominant nationality, which helps to better integrate national communities into society.

Oksana Udovyk from Kyiv works at the UNDP. She shared her organization’s initiatives which improve inclusion in the culture. These practices include QR codes for people with disabilities, transformation of visual arts into text which makes art more accessible to people with disabilities, the “dark restaurant,” using the method of “deep listening,” using theater, sculpture and digital solutions associated with the inclusion of various groups of people into cultural processes. The organization also works with marginalized communities, for instance, in cities with defunct mines in Eastern and Western Ukraine which face economic problems.

During the discussion, Yulia Manukian from Kherson, a representative of the Urban Re-public NGO, drew attention to the issue of overcoming atomization and strengthening local communities in the context of cities with corrupt governments which are unfriendly to the civil society. Yulia also emphasized that the exclusion of young people from cultural processes in the city is associated with migration out of the city.

Piotr Kędzierski from Kielce, a representative of Innowatorium, raised the important question of the integration of new people into old communities and the way this integration transforms old communities. Particularly in the case of migration, where one of the obstacles to integration is the lack of language skills.

In addition, Piotr noted that one of the problems that increase atomization, especially during the pandemic, is digital inequality, which is when people do not have equal access to digital tools.

Vasil Navumau from Minsk/Vilnius, a member of Human Constanta, also emphasized a problem associated with digital inequality, specifically unequal levels of digital skills. Marginalized communities lack these skills in particular, and the problems of marginalized communities are invisible at the society level. There is a need for further research to understand these processes better.

Hannah Kikwitzki from Kyiv/Koln, a representative of Libereco — Partnership for Human Rights, emphasized the importance of empowering marginalized communities, such as migrants or women. These groups sometimes don’t even identify as a community. At the same time, they are excluded from society or the existing communities. For marginalized groups, this means limitations in various areas: health care, housing, education, access to vital services. One of these obstacles for migrants in Koln is the language barrier, noted Hannah.

Julian Hans from Munich, Transborder Investigations, emphasized media narratives. Julian spoke about how the lack of media stories about vulnerable communities, particularly migrants, increases the social marginalization of these groups. Issues that are important for migrants are not featured in the media because few journalists have the experience of migration.

Thus, the event involved discussions of the key issues associated with exclusion, inclusion and atomization of local communities. The participants drew attention to the obstacles to inclusion into the existing local communities, such as digital inequality, inaccessible and insensitive environment for vulnerable communities, low awareness of the problems of marginalized groups, and the language barrier.

The participants proposed and discussed the possible mechanisms for integrating marginalized communities, such as holding participatory events and involving various stakeholders in the organization of the events, as well as spreading information in society and communities about the problems of marginalized groups via media publications. In addition, these mechanisms include the use of the existing public spaces and their transformation into more open and accessible spaces which would include the interests of various groups of people.

Therefore, international context is important for better understanding and overcoming problems in local communities. Thanks to this, the event participants shared their experience of practices which help empower vulnerable communities, and now they can apply this experience while adapting it to their local contexts.