In 2019, the think tank CEDOS conducted a qualitative sociological study on the problems of women immigrants' access to the Ukrainian labour market. This document contains its key results and recommendations to the authorities.

There are no labor market sectors in Ukraine where only or mostly migrant women work (eg., domestic work). Both female and male migrants in Ukraine often work in the informal sector: street markets, ethnic cafes, hotels or call centers. Hardly any woman working in these rather closed, often ethnicized niches of the labor market can escape it. What prevents immigrant women in Ukraine from having the same occupational mobility opportunities as Ukrainian women?

One of the goals of the State Migration Policy Strategy by 2025 is to review the policy on a temporary and permanent migration to Ukraine. Entry and residence requirements in Ukraine remain uncoordinated with the country’s economic and demographic policies. 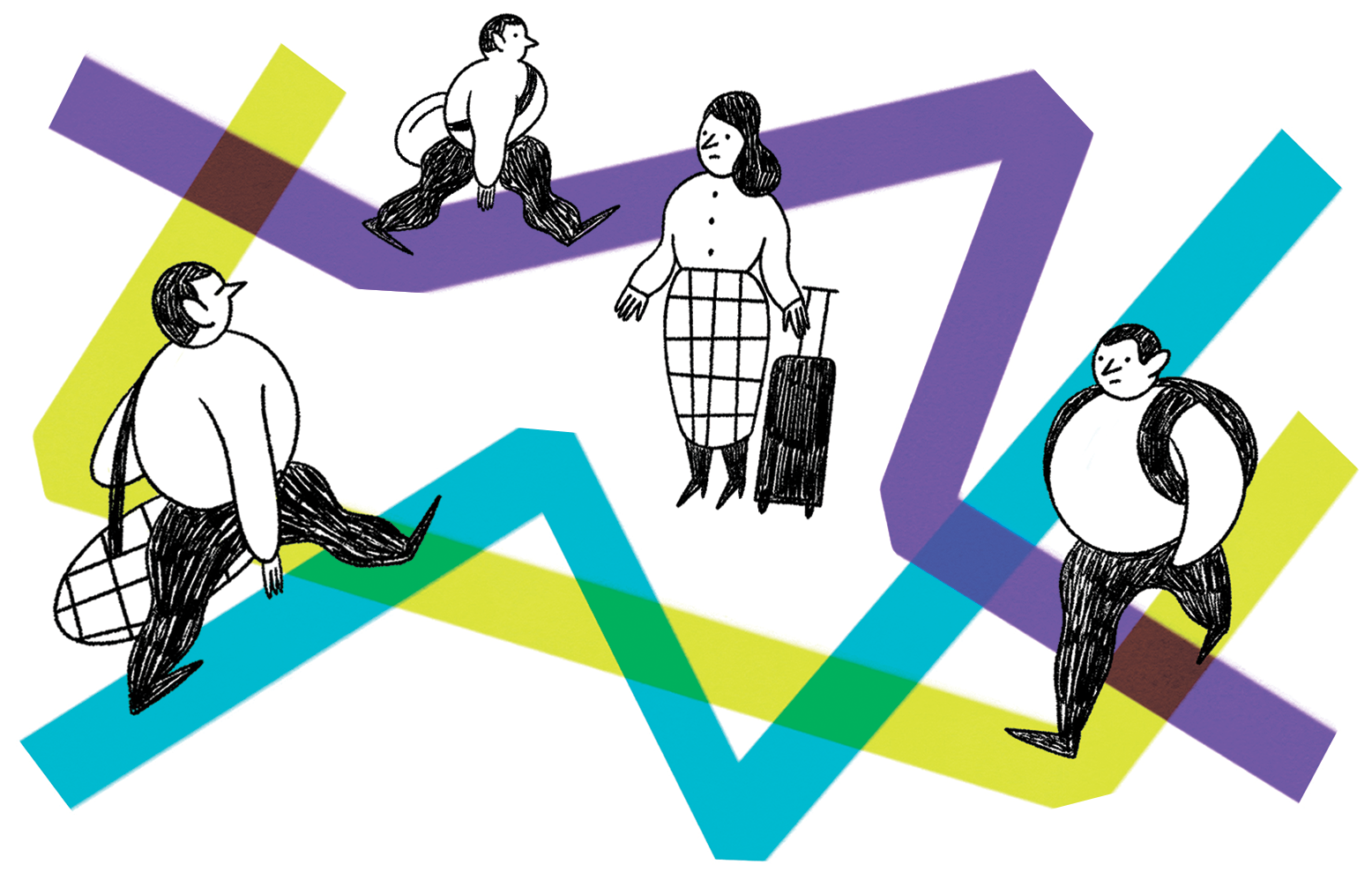 • 16 biographical interviews focusing on employment with female immigrants planning to stay in Ukraine who work in street vending, service, catering as well as with female foreigners working in the teams consisting of mostly local people or holding high positions.

Is it possible to break free from the market?

Khania* works in a kiosk, sells various household goods, clothes. She has a baby cot for her three-year-old son to bring him here when he’s sick and can’t go to a kindergarten. Khania is from Pakistan. She came to Ukraine because she got married. Now she is divorced and that is why she provides for herself and her son on her own. She didn’t plan to work in the market in Ukraine because before moving here she had worked at the bank for 8 years. Khania will soon open a business. But, will she be able to break out of the market? 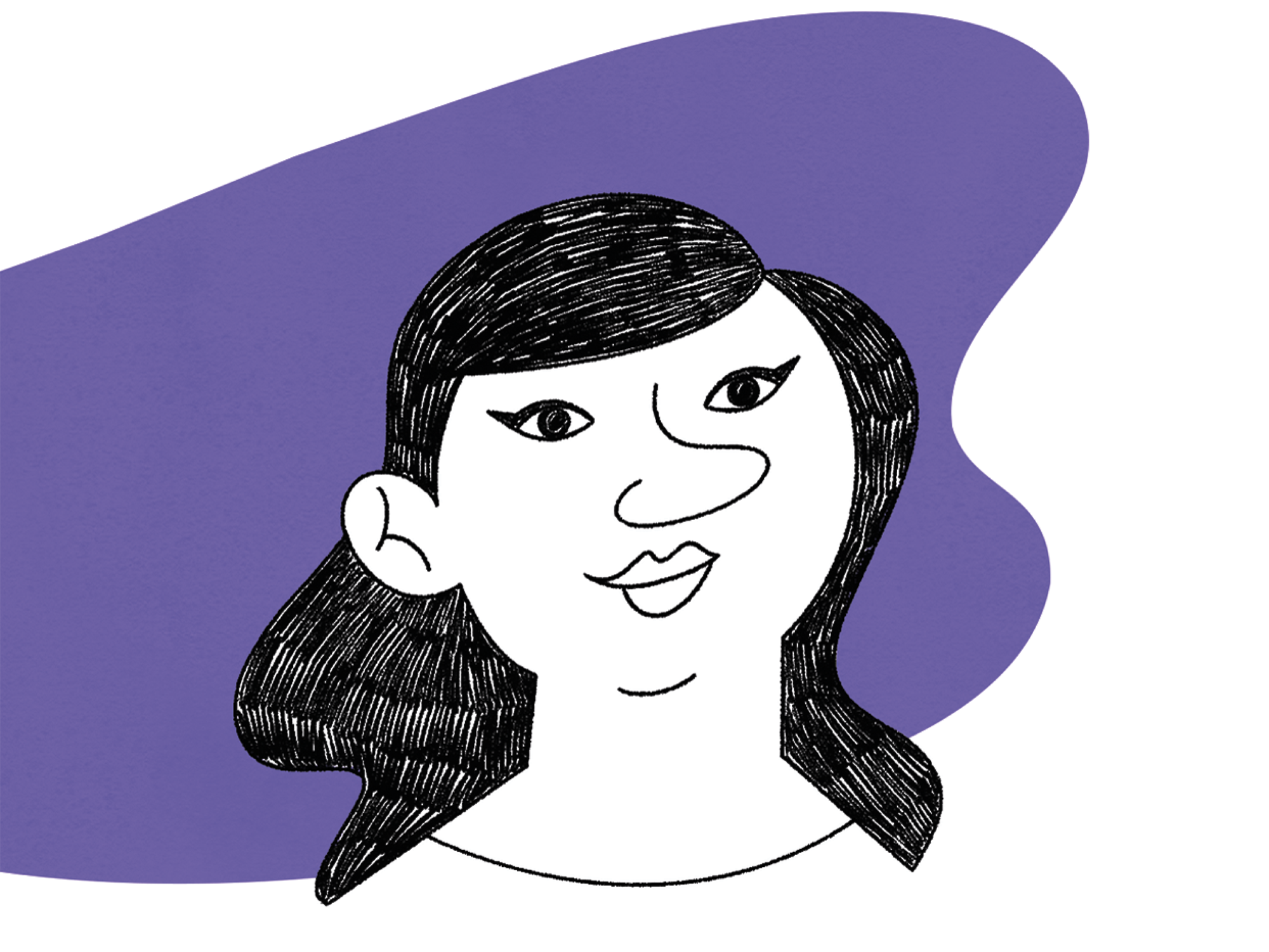 Working in the market is the easiest way to make a living if you don’t speak the language and have few ties with local residents . At the same time, it’s the worst way to integrate.

The markets, where migrants work, often are pretty closed, ethnicized niches of labour market. In the markets, migrant women have poor working conditions, are often pressured by their employers. At the same time, occupational mobility of such migrants is limited. Even the high qualifications don’t give the migrants a chance to go beyond the markets in the future. Working in the markets doesn’t contribute to the study of language and community integration in general.

* Here and below the characters are fictional. Each of them combines several real stories of the respondents of our research.

Aisha is a refugee. Earlier, she had worked as a teacher of physics and mathematics as well as taught English in elementary school. She’s been waiting for three years for the migration service and the courts to examine her case. Somehow, she has to survive and provide for her family. She’s found an informal job in a cafe. She washes the dishes and does the cleaning. Aisha was refused to start teaching because an application for protection wasn’t an ID. To employ her legally, the employer would have to pay her far more than the average salary in Ukraine. 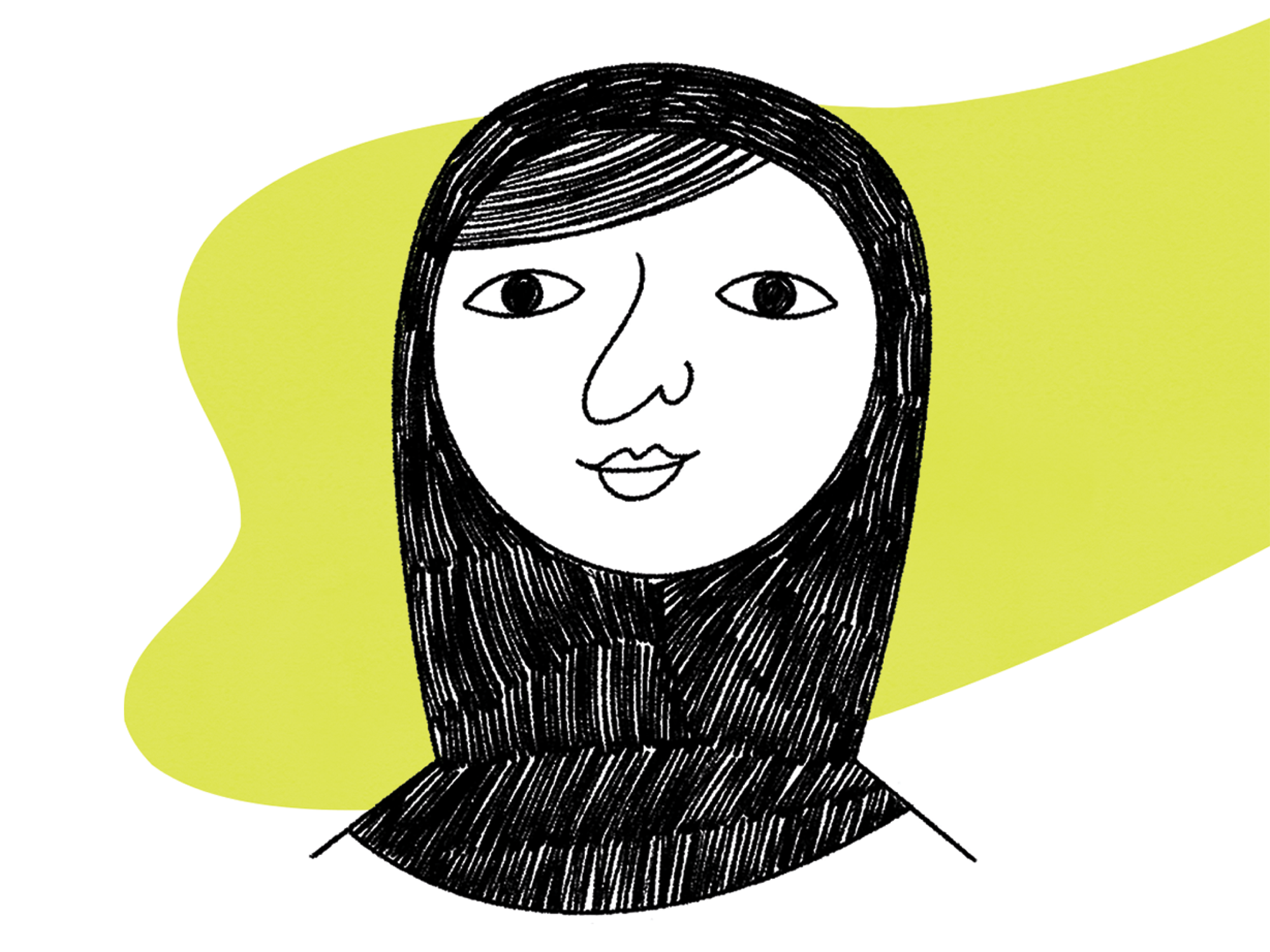 If an immigrant works in the informal sector, it often means that he/she has long been denied the right to work because of their legal status. There’s no specific policy that would handle the employment of asylum seekers/applicants. Foreign students who are forbidden to work during their studies by law have similar a problem. It will be challenging to practice their profession for such migrants in the future.

A long time ago, Aihul’s husband got a job in Ukraine. Moreover, Aihul also had extensive management experience. The last position she had occupied before moving to Ukraine was a Director of Development in a large commercial company. Before she moved to Ukraine, she had been studying Ukrainian. Despite this fact, she started working as an assistant director in Ukraine. She helped to conduct meetings and did the cleaning after. So she had to swallow her pride. Over time, she has found a fitting job, even though she was often refused. Aihul couldn’t understand why for a long time. But, when her daughter went to school, she was nicknamed a “chink”. 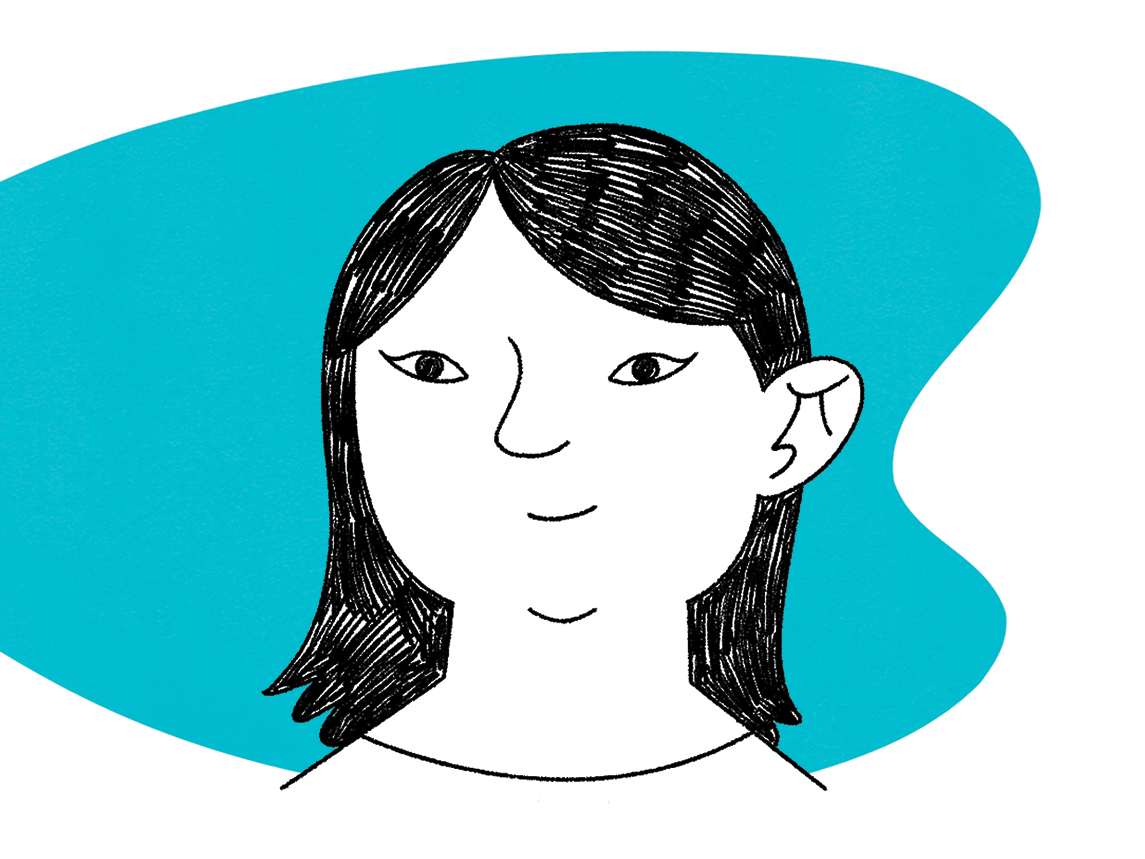 Migrant women with higher qualifications, professional contacts, and language proficiency are more successful than women working in the markets. But, not all of them manage to find work outside the companies created by foreigners from their country or region because of discrimination by ethnic origin.

There are many success stories of women that could move beyond ethnicized niches of labor market thanks to NGOs in charge of refugees. Other migrants, who often find themselves in difficult conditions in Ukraine, though, don’t have any support from either NGOs or the state. 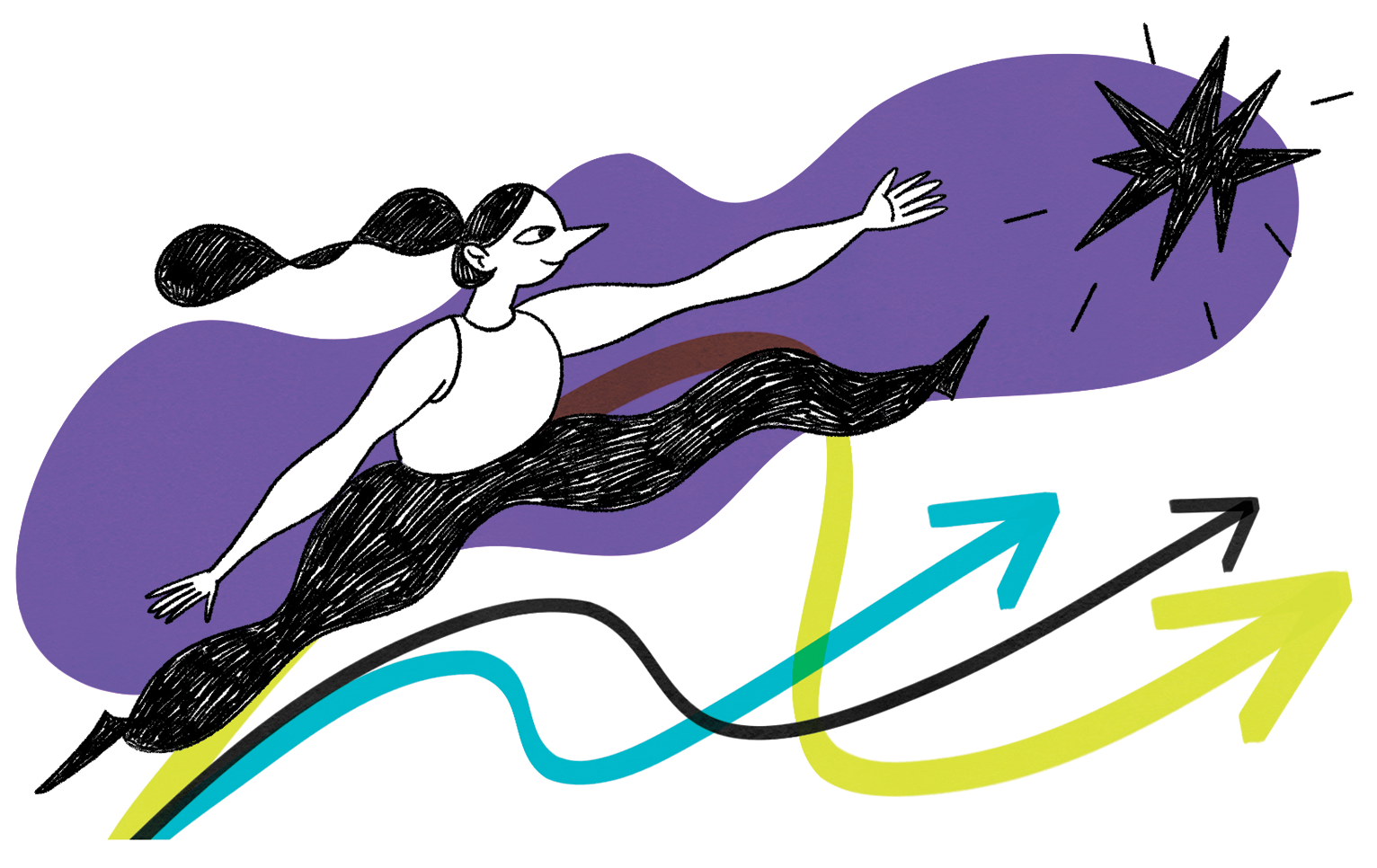 Given the aging of the population and emigration, there should be a more pragmatic use of the potential of foreign workers. The introduction of more flexible conditions for obtaining work permits for temporary migrants of in-demand professions and members of migrant families should be considered. It is necessary  to review the principle of immigration quotas in Ukraine.

Long-term work on low-skilled jobs and low occupational mobility opportunities lead to a devaluation of the human capital. That is why we should introduce a comprehensive integration program, that includes orientation courses, language training, targeted job search assistance, and short-term professional internship programs, which will increase opportunities for the professional realization of migrants in Ukraine. Besides, the state must provide targeted employment assistance to women that would take into account the features of their employment and enable them to realize their employment potential more efficiently in Ukraine.

To improve law on residence permits

In particular, it is necessary to broaden access to the labor market for asylum seekers and students.

The study was conducted by the think tank CEDOS within the framework of the “Think Tank Development Initiative” conducted by the International Renaissance Foundation in partnership with the Open Society Initiative for Europe and with the financial support of the Swedish Embassy in Ukraine.