In this analytical note we provide an overview of the situation with preschool, secondary and higher education for Ukrainian refugees abroad as well as the key problems faced by students. 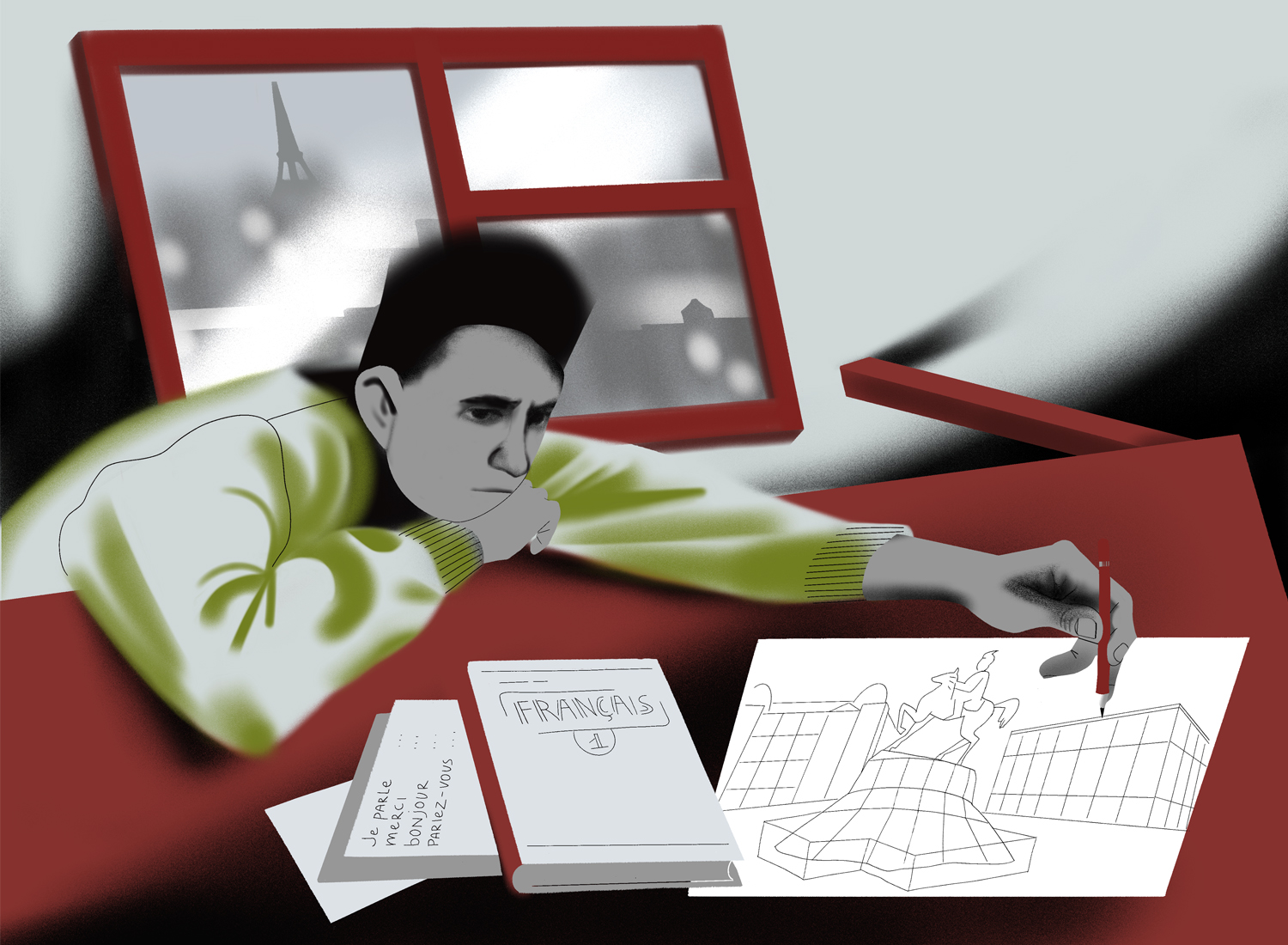 According to the UN, 1.8 million children have left Ukraine since the beginning of the full-scale invasion. The highest number of them, 1.1 million, have left for Poland, as well as for other countries neighboring Ukraine: Moldova, Romania, Czech Republic, Slovakia, and Hungary. At the moment, we do not have reliable data on how many students and educators have moved abroad. Minister of Education and Science Serhiy Shkarlet says that 672,000 secondary school students and 26,000 teachers have left the country due to the war. The number of college students who have left is still unknown.

The governments of countries receiving displaced people from Ukraine, among other support measures, have also offered them an opportunity to continue their studies at different levels of education. Ukrainian children are entitled to attend kindergartens and schools at their locations of temporary residence. In most European countries, secondary education is mandatory, so a significant fraction of Ukrainian students study both at local schools and remotely at Ukrainian schools at the same time. Foreign universities and institutions have started launching dedicated programs, providing stipends and other support to Ukrainian students. However, there are a number of problems faced by students abroad: the language barrier, double workload, lack of technical equipment for studying, academic differences, etc.

This paper provides an overview of the situation with preschool, secondary and higher education for Ukrainian refugees abroad as well as the key problems faced by students. To write this brief, we used reports in Ukrainian and international media, materials by international organizations, statements by Ukrainian and foreign government representatives.

During their stay in the European Union, refugee children from Ukraine are entitled to free secondary education at their location of temporary residence (in both public and private schools). In most countries, secondary education is mandatory—therefore, all children of school age must attend schools.

There can be several options for organizing the education of Ukrainian children in schools abroad:

In addition, there are examples of self-organized Ukrainian schools abroad. For example, in the Netherlands, a school has been organized for students in grades 5 through 11 which now teaches about 100 students. Another school for Ukrainian students has been opened in Bucharest on the premises of a Romanian college; this school plans to provide education to 200 children of different ages.

The Ministry of Education and Science (hereafter referred to as the MES) has recommended that Ukrainian students abroad continue their studies in Ukrainian schools remotely. They can continue their education at the schools where they studied before and which have resumed remote education or transfer to another Ukrainian secondary education institution. There is also an opportunity to study remotely not only at public Ukrainian schools but also at private schools free of charge. In addition, it is possible to enroll children in the International Ukrainian School (a public international remote learning school which allows a student to obtain primary, basic and complete secondary education remotely) based on an individual form of studies. Even though explanations have been provided on how to study remotely from abroad, the MES currently does not publicly consider as a problem the double workload which students have to deal with due to studying both in schools abroad and in Ukrainian schools at the same time.

At the moment, the exact number of students who studied remotely until the end of the academic year 2021/2022 is unknown. In late May, Minister of Education and Science Serhiy Shkarlet stated that 672,000 Ukrainian secondary school students had left the country. The governments of some countries also publicly report how many students from Ukraine attend local schools. For example, about 200,000 Ukrainian children study in Poland. However, there is a lack of information at the moment regarding the number of children who join remote classes from abroad. In May, the Minister of Education also reported that 3.6 million students returned to their classes, but he did not clarify whether this number included the students who are now abroad. In late May, the Head of the Verkhovna Rada Committee for Education stated that 80% of Ukrainian children who had left the country were studying remotely in Ukrainian schools. There are also some reports on the data for specific regions. For instance, back in late March, the Head of the Department of Education of the Zakarpattia Regional Military Administration reported that 18,000 children were participating in remote classes from abroad.

The MES announced back in March 2022 that high school diplomas would be given to all students regardless of whether they were in Ukraine or abroad, and all their grades would be registered. According to recommendations, evaluation must take into account the grades received by students regardless of their location, including grades from schools at their location of temporary residence. Students in grades 9 and 11 who are currently abroad can receive their diplomas in several ways. Documents about basic and general secondary education can be obtained at Ukraine’s diplomatic offices abroad in the host country after applying for them beforehand. Students enrolled in the International Ukrainian School can receive their diplomas there.

In Italy, the local MES has encouraged Ukrainian language classes for children from Ukraine; in Germany, the Minister of Education has emphasized the importance of preserving the Ukrainian identity during assimilation into the local education system. In some countries, such as Lithuania, students can choose Ukrainian as a second language. In Latvia, half of the teaching in grades 1 through 6 is conducted in the languages of national minorities (Ukrainian in this case), and the other half in Latvian. In Bulgaria, a remote learning platform provides access to Ukrainian school textbooks for grades 1 through 11.

In addition, different countries have extracurricular Ukrainian schools or Ukrainian weekend schools (Saturday or Sunday schools) which enroll the children of Ukrainian refugees and teach them classes according to the Ukrainian curriculum. For example, Ukrainian extracurricular schools in Greece teach classes three times per week.

Many countries where Ukrainian students had to move to organize integration measures, particularly local language classes. These can be specially organized language courses, beginner language classes or language camps. For example, the Irish Minister of Education has announced the preparation of a 2-week summer camp for children with additional needs which will provide English classes as well as reading and writing classes.

In order to facilitate the integration of Ukrainian schoolchildren, European education departments provide teachers with materials on how to overcome the language barrier, how to talk with children about war, and how to provide mental health support. In a number of countries, such as Poland, Czech Republic, Lithuania, Finland, Slovakia, Ukrainian teachers can be employed, but in some countries they have to pass certification. Teachers are also offered local language classes. In Denmark, Ukrainian pedagogues are involved in the development and content of the curriculum. According to the Ukrainian Minister of Education and Science, the Ministry works with other ministries and an inter-parliamentary education group so that Ukrainian teachers abroad could teach children from Ukraine.

Young people abroad who graduated high school this year and plan to continue their education can do it both at Ukrainian universities and in the countries of their temporary residence. This year, instead of the External Independent Evaluation (EIE), Ukraine introduced the National Multi-subject Test (NMT) for enrollment into higher education institutions. Unlike the EIE, it is taken digitally at specially equipped centers rather than physically on paper. The test itself includes questions on three subjects: Ukrainian Language, Ukrainian History, and Mathematics—thus, all these subjects are passed on the same day.

The NMT can be taken both in Ukraine and abroad. According to the Ukrainian Minister of Education and Science, the NMT will be held in most EU countries according to the same principle as in Ukraine—that is, in dedicated computer centers, coordinated by Ukrainian-speaking teachers. For now, the NMT is considered only for the countries where the time difference is not significant. The plan is that 28,000 high school graduates will take the NMT abroad. At the moment, we know that the highest number of applications for the NMT abroad have been filed by Ukrainian graduates in Berlin, Munich and Warsaw.

After the beginning of the full-scale invasion, institutions and universities abroad started to create various opportunities for Ukrainian students and scholars. They are offered to continue their education in western universities or to participate in various education programs. Some countries (such as Poland or Lithuania) also waive or postpone tuition and dormitory fees for Ukrainians. The governments of some countries (such as the Czech Republic or the US) allocate additional financial support for the needs of Ukrainian students and introduce stipends for Ukrainians. In some countries, there are specific programs that target students and PhD candidates from Ukraine, such as the Solidarity with Ukraine program which allows students to continue their studies in Poland.

In addition to continuing education and financial aid, a number of universities assist with student employment, provide accommodation and free meals, offer psychological and legal support. For scholars and professors from Ukraine, a number of institutions provide employment opportunities.

Some universities develop adaptive curricula in Ukrainian for refugees from Ukraine. For instance, Collegium Civitas in Warsaw has developed adapted Ukrainian-language curricula for first-year students. After completing the first year, they will continue their studies in Polish. Some countries offer classes to learn their national language.

Among the network of European universities, some try to support students, professors and scholars not only in the academic field, but also by organizing humanitarian aid. For example, the French Université Paris Cité offers mental health support to students who have already reached France and collects food, hygiene products, clothes and medicine to be sent to Ukraine. Humanitarian aid is also collected by the Jagiellonian University, Radboud University and others.

At the initiative of the Kyiv School of Economics, the Ukrainian Global University project has been created with the aim to provide Ukrainian students, scholars and professors with an opportunity to join programmes of foreign universities and institutions. The National University of Kyiv-Mohyla Academy has also announced the opening of its campuses in Europe and North America, where 500 students will be able to study every semester.

In all likelihood, some families will not return to Ukraine before the beginning of the academic year 2022/2023, and many people will continue their education at kindergartens, schools and universities abroad. At the same time, those who return may have special educational needs. The responsible government bodies should prepare for this during the time that remains until the beginning of studies. We recommend considering the following measures.

This text is written in participation with Tetiana Zheriobkina and Iryna Kohut.

37 theses about the current state, challenges and principles of new housing policy in Ukraine