Civil society in 5 cities of Ukraine: common problems and needs?

In November-December 2019, we conducted focus group discussions with representatives of civil society in Kyiv, Mariupol, Dnipro, Kharkiv and Zaporizhzhya. We have discovered what problems and needs they have and found out what is common to all 5 cities and what is different. 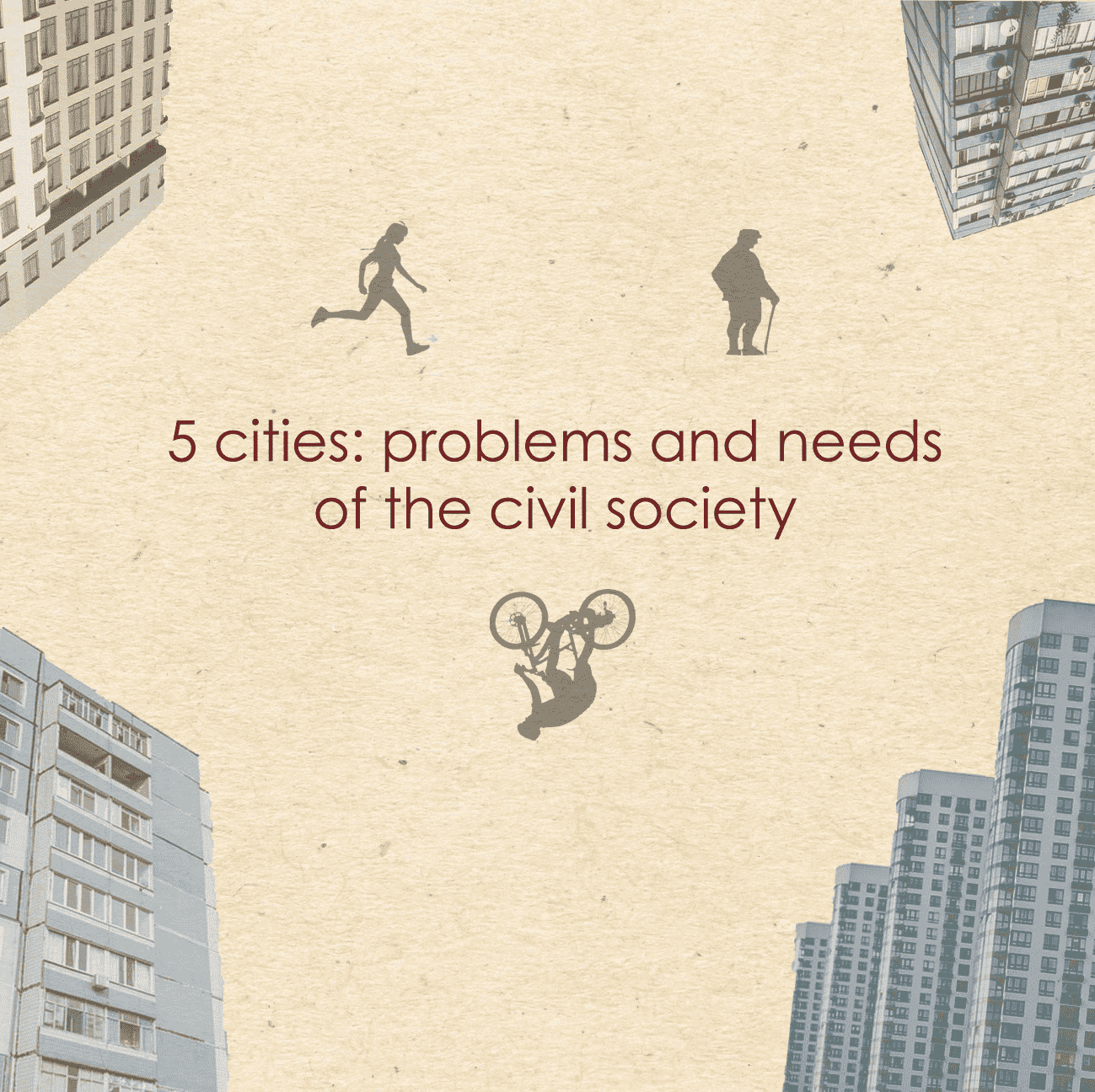 Within the Strengthening Civil Society Organizations in Support of Reforms in Ukraine project, implemented with the financial support of the MATRA program of the Embassy of the Kingdom of the Netherlands, in November-December 2019, we conducted focus group interviews in 5 Ukrainian cities for the purpose of discovering the problems, needs and requests of the civil society in these cities. In total, the discussions involved 45 civil society representatives, including 10 in Kyiv, 6 in Dnipro, 5 in Mariupol, 14 in Kharkiv and 10 in Zaporizhia.

As a result of the focus group discussions with the representatives of the civil societies of Kyiv, Mariupol, Dnipro, Kharkiv and Zaporizhia, we can state that there are some problems and needs which these Ukrainian cities have in common. In all cities, the participants emphasized problems with communication of local non-governmental organizations and activists with local government bodies, as well as the general lack of strategic vision for the city and city infrastructure development in government bodies. Similarly, in most cities, they emphasized problems existing among internally displaced persons (IDPs), particularly in their access to housing.

At the same time, there are also problems typical only for some cities. In Dnipro, Mariupol and Zaporizhia, the problem of the city environment’s pollution was mentioned. And for Mariupol and Zaporizhia, an important issue was their city economy’s dependence on big factories, as well as the influence of these factories’ owners and local government bodies on the civil sector.

Despite the differences in how active the civil societies in these cities were, all the representatives who we talked to agreed that in the past five years, the number of initiatives and organizations in their cities has grown considerably. At the same time, they mentioned how there was mostly no systemic cooperation or established partnerships within the civil sector; instead, there was competition for resources. Some civil society organizations lack stable funding and available resources to organize stable strategic cooperation with other organizations even within the thematic areas they work in. In Kyiv, however, the discussion participants said there were coalitions and a desire for general coordination between civil society organizations.

The same unanimity was shown in the cities regarding the local government bodies: the participants characterized them as closed to communication, prone to non-transparent procedures and non-participatory decision-making. However, there are local features here as well. For instance, in Dnipro, despite the general critical attitude to the local government, whose style of communication was characterized as “enlightened monarchy,” the participants also said that in general, civil society organizations and activists have opportunities to join the creation of the city development strategy and other program documents. The situation is similar in Kharkiv; according to the civil sector representatives, in the past 5 years, the city has developed more official opportunities to join the decision making process: the public budget and new channels for informing the public about the decisions of local self-government bodies. In Zaporizhia, in addition to the problems of lack of transparency in the local government, there is also a staff issue: big industrial companies have significant influence on the composition, and therefore on the decisions of the local government. At the same time, both in Kharkiv and Zaporizhia, the discussion participants mentioned the existence of “pocket” non-governmental organizations, or at least ones “comfortable” for the local government. Usually these organizations have better access to the official procedures for influencing the local government bodies. This way, there can be imitation of civil society involvement in decision making, as well as substitution of the “agenda” for other civil society organizations.

In addition, we asked the representatives of local non-governmental organizations and activists about their educational needs, about the kinds of new knowledge and skills that would allow them to work more effectively in their spheres, particularly to work on city problems. The requests were similar in all the cities, and they could be divided into institutional needs and analytical needs. The institutional needs included the skills that would help develop the organization in general: project management, fundraising and strategic management, communication with partners and donors, as well as within the organization, counteracting burnout. All this knowledge and skills were mentioned in all the cities where we talked with the activists. Among the analytical skills, the most often mentioned ones were improving the understanding of how city management works (to be more specific, what the mechanisms of decision making and possible civil society  influence on decision making are), the ability to analyze the existing city problems and budgets, and to analyze quantitative and qualitative data.